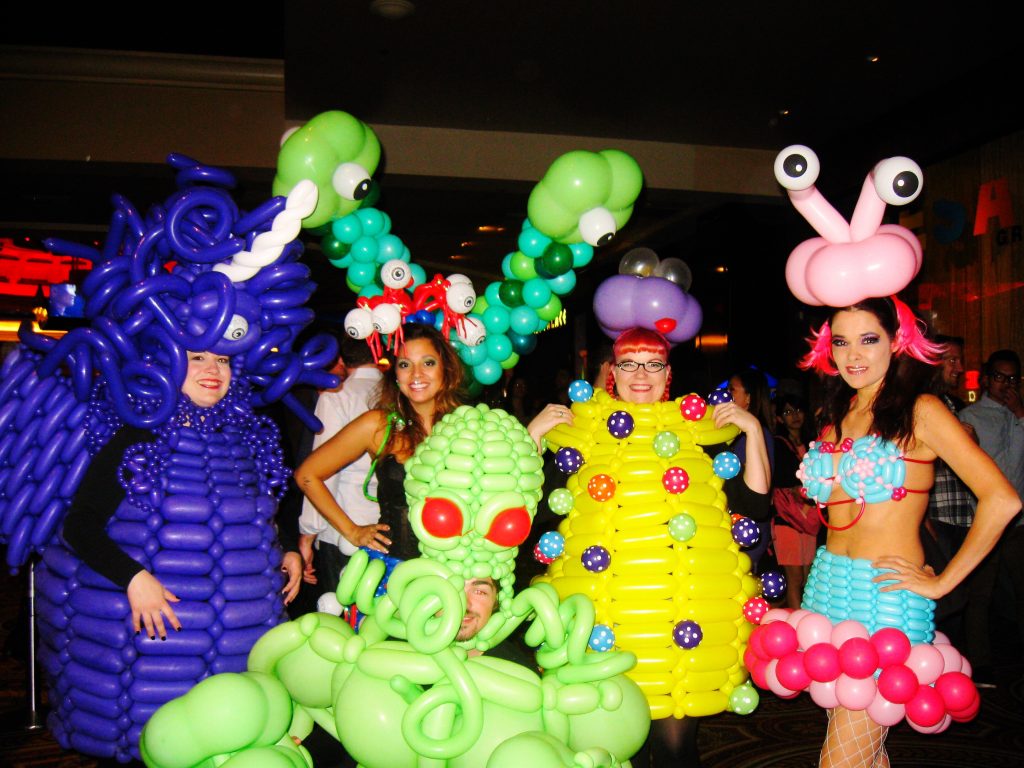 The World Inflated team created a set of balloon monster costumes. This eclectic group of friends were heading out for a fun night at Omnia nightclub in Las Vegas, and wanted some unique Halloween costumes to wear. There were quite a few personality types in the group, so created individual costumes to match their personalities. Of course we still wanted all of the costumes to work together, so we had to come up with a versatile theme. 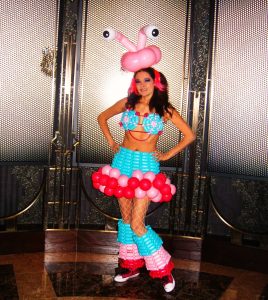 After talking with the group, we settled on Balloon monsters. It was flexible enough so each member could show off their personality type, while still looking like they belonged together. We created five costumes ranging from sexy to silly, to fit each of their individual styles. 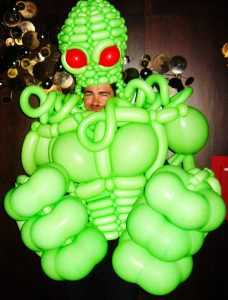 When they arrived, they were quickly ushered to the front of the line, and comped entry into the event. Security told them they had never seen anything like it before, and were thrilled to have this fashionable crew. The guests at Omnia were equally impressed to see the Balloon monsters enter the room. Everyone wanted to take pictures with the group, and join in on the fun! 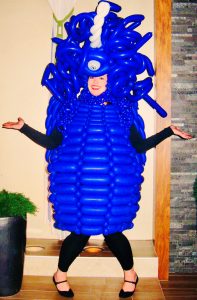 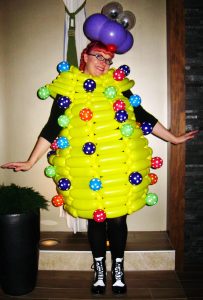 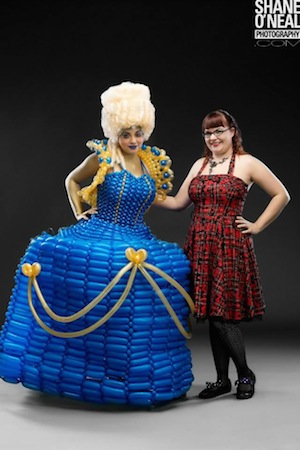 Circus Couture might win as my all time favorite project, aside from getting to work with so many talented people, it is such an amazing charity for pediatric care and research. Circus Couture is a combination show featuring some of the best acts from talent all over the Las Vegas Strip including many of the performers from the famous Cirque Du Soleil shows, and an incredible fashion show. 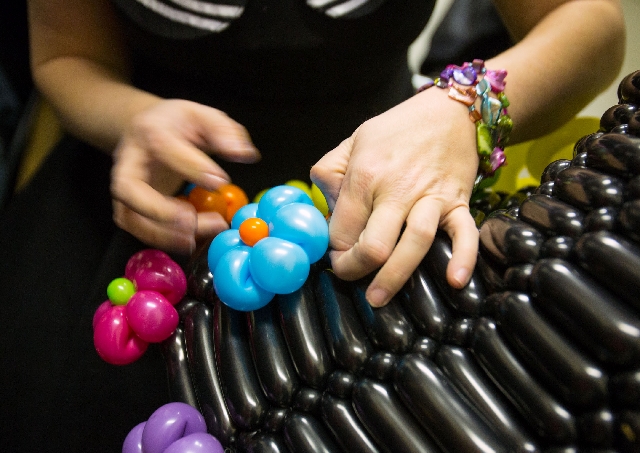 The Las Vegas Review Journal did a fun little article about Tawney and her Wonderground balloon dresses! Wonderground Balloon Dresses are a […] 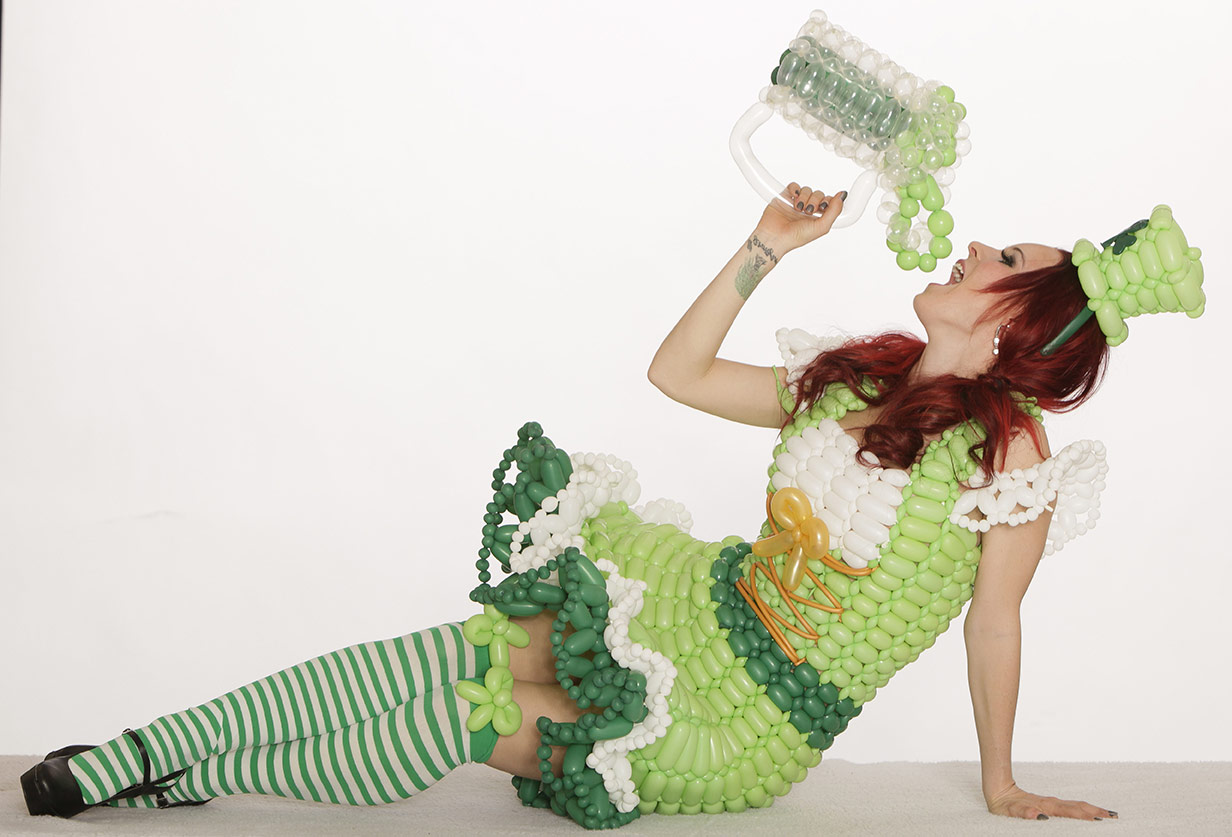 St. Patrick’s Day is here, and you know what that means! It’s time to celebrate that fine tradition of drinking Guinness, and […] 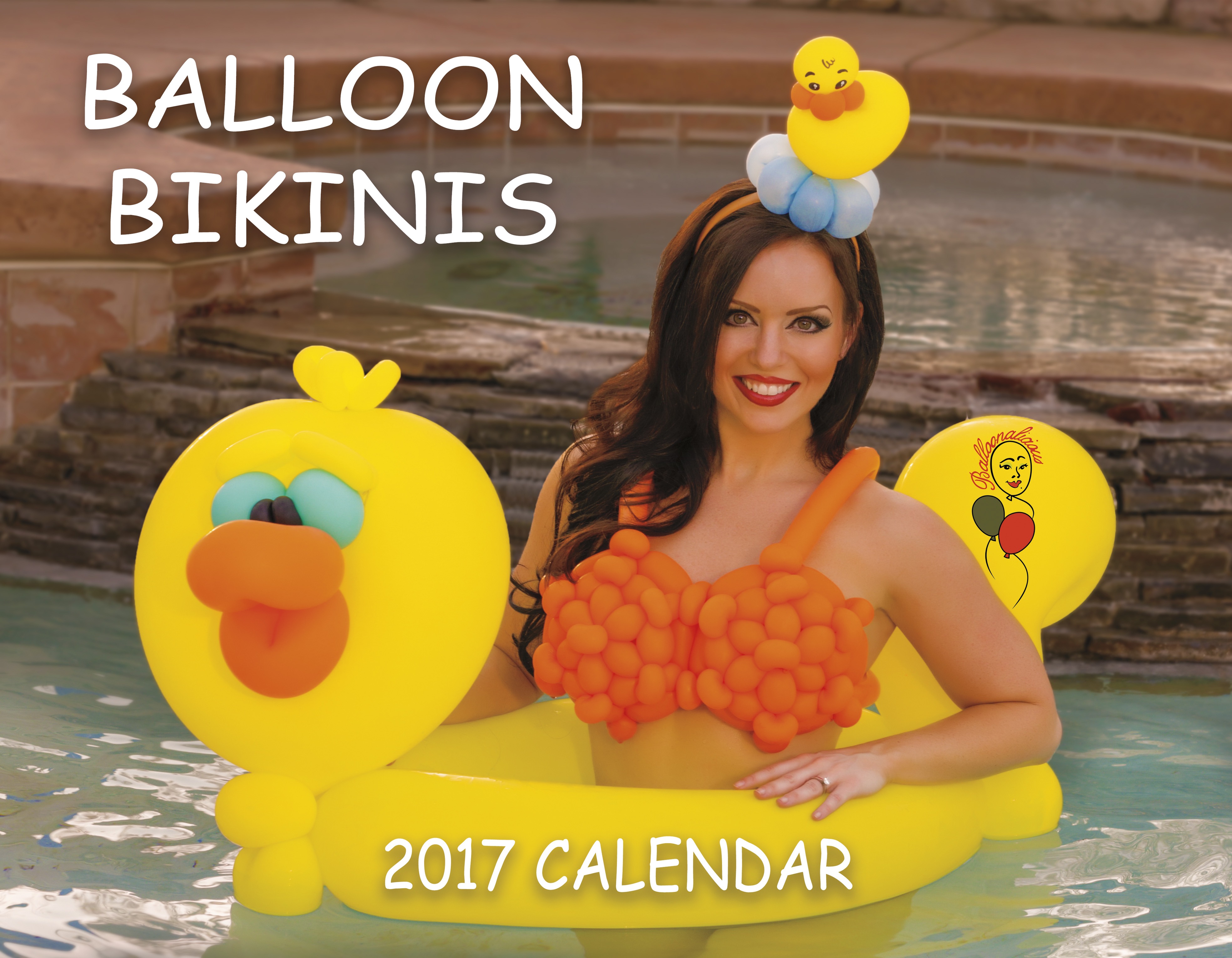